How to fix dead headset 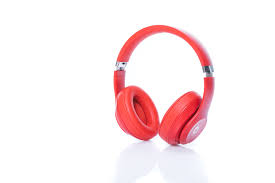 When traveling, a headset is one item that is rarely left behind. Headsets are usually used when you want to sleep but want to calm yourself down with music.

You can use a headset so as not to disturb the comfort of other passengers while traveling. Because the headset is an important tool that accompanies daily activities, you must be sad when the headset suddenly doesn't make an undue sound, turns off.

How to Fix Headset Off Next

If so, you need not worry because you are not alone. You don't need to rush to throw away the headset or buy a new headset, you can try repairing the headset first.

Can a dead headset be fixed? Can it work properly again? You often ask this question, don't you?

The answer to that question is it can and will work just like when you bought it.

Cause of Headset Off

The following are some of the causes of the dead headset next door:

The cause of the first dead headset is usually the cable. Damage to the cable inside the headset, damaged stereo cable, bent cable, pulled, falling from a height that will make the cable break.

To solve the problem of a damaged headset due to cable damage, you must first find the damaged cable and fix it.

Here's how to fix cable damage on a dead headset:

Wear the headset properly and play the songs that are on your smartphone. When you play a song, your headset moves and bends the cable.

If you find the sound is not clear, you have found the source of the problem. After that mark the damaged part and then peel the skin of the damaged cable using scissors or other tools.

Cut the cable in half on each side

Connect the wires according to the color of the insulator

The next damage is damage to the stereo plug, the step you have to run is to prepare a new stereo plug with a size of approximately 2-3 cm after the cable for the stereo plug of the same size as the previous plug is cut, peel the cable using scissors, pliers or other tools.

When the cable is peeling, insert the cable cover, spring, and drain hose into the cable. Stereo are two pins usually located at the end of the plug, if there is only one plug it is called a mono plug.

The next stage is to separate the wires on the wires to be connected, connect the longest bare metal wire to the main terminal, but if there is no wire, connect the wires directly with an insulator.

Connect the two remaining wires to the pins that look like rings. You have to make sure that you plug everything in properly because otherwise it will affect the sound of the headset.

When the wires are connected to the pins, pinch the wires so they don't touch each other then sand the ends of the wires before soldering, making sure to solder the pins until the lead melts.

The final step is to put the plug cap on and try to use your headset.

If the sound that sounds like that first means your step is perfect.

However, if the headset turns off on one side, it means that there are steps that you need to fix, usually the error is in the last stage, namely installing the plug cover.

You need to reattach the plug by opening the plug cap and cutting the cord.