-->
Home Tech How to fix One Side Broken Headset

How to fix One Side Broken Headset

In order to save costs, buying a cheap headset is often an option. Including me who also often buy this type of headset. 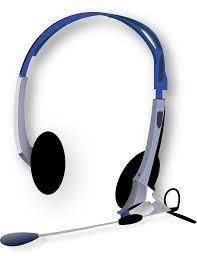 But, at least this is still better, only using HP speakers which makes the feeling when listening to songs or watching movies is reduced.

If the headset cable is broken, of course the sound will be heard.

Well it's in both parts Even in one of them

More often it happens only one side is damaged

As a fan of this cheap headset, I myself often experience this problem.

In fact, almost all the cheap headsets I've ever bought have all broken.

Can This Disconnected Headset Be Repaired?

Of course I could. This broken headset is definitely repairable, as long as it's done right. But first check the condition.

The cable is broken

Or the cable connection to the connector is broken.

Both of these problems often arise you know.

As I said earlier, this problem occurs most often with connector connections.

The connection of the connector is very risky if the cable is bent.

Well, to overcome this, of course you have to reconnect the broken cable, so that the headset can function normally again.

How to Disconnect the Headset Cable

Relax, here I want to discuss about how to repair a broken, broken, and silent headset.

Hopefully this way, your headset can work as usual.

#1. Ingredients to be Prepared

Black rubber cable tape. You can buy it in the store for only a thousand.

In accordance with the.

#2. How to Headset with Broken Cable

Step 1. First of all, please connect the damaged headset to be repaired to your cellphone.

Note: Try using it to listen to music at a loud enough volume.

Step 2. Next, check the source of the damaged cable by bending the cable, from the end of the connector to the end of the headset head, while listening to the sound.

Keep checking until the sound comes out again.

Step 3. If found, cut the damaged cable, then separate the cable.

Headsets usually have 4, 3, or 2 wires. But here I use an HP headset, so there are only 2 cables.

Sometimes one is red, and the other is a plain golden yellow, or it can be green.

Step 5. Since the cable has a shield (usually made of cloth), use fire to ignite the cable shield.

Step 6. Connect the wires that have been burned earlier according to the color.

Step 7. Reconnect the headset to the phone, then test the sound. If it's not correct, try unplugging the plugged cable, burning the cable again, then reconnecting it.

Step 8: until the sound comes out as it should.

Step 9. Now, if it is normal, you can solder the results of the connection so that it is easy to break the cable.